In the early morning riots broke out again on the Spanish rescue ship "Open Arms", which lies in front of Palermo. Again people jumped overboard.

"Sea-Watch 4" entered port in Palermo
The rescue ship had no choice but to go to the Italian port. Unrest broke out again on the Spanish rescue ship "Open Arms", which lies in front of Palermo. In the early morning people jumped overboard again. The crew of the "Sea-Watch 4" helped again.
September 18, 2020
After a long tactical back and forth, the "Sea-Watch 4" entered the port of Palermo on Friday (September 18). Until recently, the crew had tried to get the ship to sail to its shipyard in Burriana. Most recently, the Italian authorities prohibited the rescue ship from changing crew at anchor. "That hit us at our most sensitive point," said operations manager Philipp Hahn.
The crew of the "Sea-Watch 4" tried for a long time to prevent the ship from entering the Sicilian port. Because in all likelihood that will end when the ship is arrested. In the experience of the sea rescuers, the authorities do everything in the so-called "Port State Control" to arrest the ship for alleged technical defects. That happened last with the sister ship, the "Sea-Watch 3", which was stuck in Poto Empedocle, also in Sicily, until yesterday.
"Another ship of a non-governmental organization (NGO) that is caught in the network of disruptive technical details. Small things are used to prevent the saving of human lives at sea," writes the spokeswoman for the international organization "Doctors Without Borders" ( MSF), Hannah Wallace Bowman. That would be the fifth rescue ship in a row that was confiscated within five months. Wallace Bowman writes that the Italian authorities will say that the sea rescuers have broken the law and that the rhetoric of maritime law is obscuring the reality. Public health concerns would be cited when the intent was clearly to prevent rescue missions in the central Mediterranean.
Only in the port of necessity
After the crew of the "Sea-Watch 4" had completed two corona tests under the supervision of the Italian Red Cross, both of which were negative for everyone and the 14-day quarantine had ended, the ship actually wanted to return to its Spanish shipyard in Burriana. But the Italian authorities refused to do port-state control at anchor or to disinfect the ship. In the end the crew chose the route to the Palermian port.
That morning, around eight o'clock, the crew of the "Sea-Watch 4" had come together for their daily morning briefing when Captain Stevan Nokovic arrived. "The crew of the 'Open Arms' asked for our help again," said the captain. The crew quickly dropped everything and got ready to help in an emergency. The first thing that went out was the POB (People Over Board) boat to get to the Spanish rescue ship just a few nautical miles away.
It was almost the same scenario as yesterday. Again people jumped from the Spanish rescue ship "Open Arms". The situation on the ship off Palermo was already so precarious yesterday. The "Sea-Watch 4" brought its three speedboats into the water again to help the Spanish sea rescue workers in an emergency. The Italian coast guard was also there immediately and brought the people in the water back on board. The speedboats of the "Sea-Watch 4" were on call, but ultimately did not have to intervene.
Yesterday it was said that the Italian coast guard wanted to disembark the remaining 200 rescued persons on board on a quarantine ship in the afternoon - but this has not happened until today.

Early this morning the Spanish rescue ship "Open Arms" made an emergency call near the Italian coast. The situation with 275 people on board at the time was out of control. The crew of the "Sea-Watch 4" offered help immediately.

At around 10 o'clock the crew of the "Open Arms" announced that they would anchor near the "Sea-Watch 4", two nautical miles from Palermo. The "Open Arms" had rescued people in distress from the Mediterranean last week, but so far had not received a permit to enter a European port. The situation on board was out of control. The Spanish rescue ship was in sight of the "Sea-Watch 4" at the time. The sea rescuers under the German flag were asked to put their speedboats on standby in order to be able to provide help in an emergency.

Around 10.30 am, the crew of the "Sea-Watch 4" could see through binoculars that people were jumping off the Spanish rescue ship. At first twenty people and subsequently a total of 74 people who jumped into the sea from the aft deck of the Spanish rescue ship. In consultation with the Italian authorities, the crew started the speedboats to save lives. "The Italian Coast Guard gave us permission to rescue all people in distress," says Captain Stevan Nokovic.

Three boats - the speed boats "Tango" and "Bravo" as well as the POB (person over board) - were called up by the "Sea-Watch 4" to provide support in the event of a sea emergency off Palermo. The Italian coast guard came with speedboats and a helicopter. At times, 12 boats were involved in the rescue. Under the coordination of the Italian Coast Guard, the crews of the speedboats of the "Sea-Watch 4" helped to locate people in the water. The coast guard and the speedboats of the "Open Arms" rescued the people from the water. At the moment a speedboat from the "Sea-Watch 4" is rotating near the "Open Arms" to observe the situation. Little by little the Italians bring the castaways ashore. In the evening, all of the remaining 200 migrants are to be taken from the "Open Arms" to an Italian quarantine ship. The Spanish rescue ship had previously asked to enter a Maltese port and was refused twice. Then the "Open Arms" set out for Sicily.

The Sea-Watch crew is fighting with the authorities
Philipp Hahn, head of operations of the "Sea-Watch 4" tries to ensure that the rescue ship can sail again soon. But the Italian authorities are doing everything they can to prevent that from happening. An update on the situation on board the Alliance ship.

"We are here on board on the twelfth day of a total of 14-day quarantine, which was given to us by the Italian authorities," says operations manager Philipp Hahn about the current situation of the "Sea-Watch 4", which is currently only a few nautical miles from the Sicilian one Coastal city of Palermo is at anchor. He would like to stay there with the ship, since the crew see themselves as "in transit". The Italian authorities, however, would like to see the "Sea-Watch 4" in port in order to initiate technical investigations, the result of which is likely to prevent the ship from sailing again soon.

Drone picture of the "Sea-Watch 4" in quarantine on September 14th, 2020 off Palermo.

Hahn sees other reasons than purely health reasons behind the 14-day quarantine that the crew of the "Sea-Watch-4" has to complete following demands from the Italian authorities. Because no one except the sea rescuers with their NGO ships had to adhere to such a long quarantine. Usually 7 days was enough. Of course, he and the crew of the "Sea-Watch 4" comply with these official requirements. "We have even done a self-financed test for Covid-19 with the entire crew to rule out anyone being infected," says Hahn. The test made by the Italian Red Cross was negative for the entire crew.
Crew wants to go back to Spain

Since the "Sea-Watch 4" is still in transit, Hahn and his team want to leave for their home port in Burriana in Spain after the quarantine period has expired. Because if the ship is in transit, there is no reason to have to do a technical inspection in an Italian port. "In Burrina we would like to change the crew and after a few small repairs, which are always there, go back to our operations in the SAR zone." However, the Italian authorities tried to prevent that. "They have already done this with other ships of ours - including the" Sea-Watch 3 ", Hahn knows. The scenario is then such that the authorities carry out technical investigations and in this way try to find the ship at To prevent leakage.

Hahn strongly suspects that this is also the future of the "Sea-Watch 4". The Italian authorities have already announced that they will carry out the technical investigation. To do this, they had instructed the Italian Ministry of Health to keep the "Sea-Watch 4" in quarantine in front of Palermo until this examination can take place.

"This means that health regulations are used here to detain the ship. The authorities work hand in hand here to prevent human lives from being saved," says Philipp Hahn. From a purely legal point of view, the behavior of the Italian authorities is doubtful, says the head of operations. "Sea-Watch" has the procedure checked by its lawyers. In fact, however, an objection is only possible in retrospect, according to the head of operations. A legal game is being played here, which the authorities lose in retrospect, but gain insofar as the "Sea-Watch 4" is prevented from sailing for the first time.

Hahn sees a clear tactic in the behavior of the authorities: "Here we are not afraid to bend the law in such a way that we are prevented from carrying out our rescue mission." He emphasizes that the crew of the "Sea-Watch 4" always obeyed the law and that their own steps were always made transparent. "We have also always provided information about the measures we are implementing to counter the Covid 19 pandemic." Despite all of this, the authorities used every "trick" to prevent the ship from sailing. For the crew, this behavior is "frustrating and saddening".

The "Sea-Watch" search aircraft "Moonbird" passes its information on to all rescue ships.

Constanze Broelemann, born in 1978, heads the Graubündner editorial team of the Evangelical-Reformed newspaper in Chur. The newspaper "reformiert" is the largest-circulation Protestant newspaper in Switzerland. She also works part-time in the pastor's office in Switzerland and focuses on confirmation work.

Peace cannot be maintained by force; it can only be achieved through understanding.

The national flags of Germany, Tanzania and Cameroon.

Since 2004 I travel the African continent. It has developed a friendship - especially to Tanzania and Cameroon.
Be curious about how this friendship evolves ...

God Bless Africa.
Bless its leaders.
Let Wisdom Unity and
Peace be the shield of
Africa and its people. 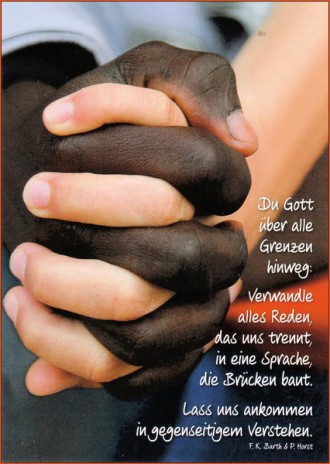 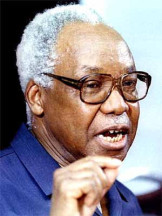 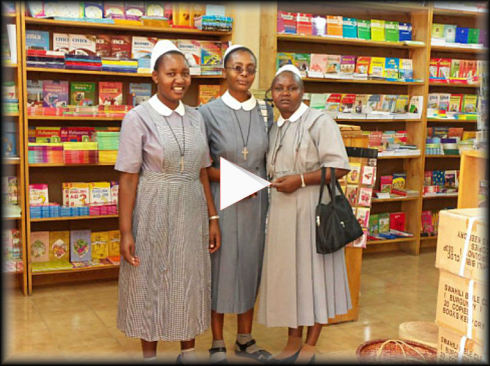 Come with me and accompany me a bit on my ways from Germany through Africa and there especially through Tanzania and Cameroon. To know who is visiting me here, you can also register in the guestbook. 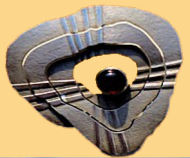 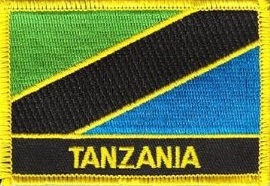 ... They are the visitor number